We have been reporting to you about the Battlefield Bad Company 2 Vietnam expansion pack, this included the release date on all platforms and most recently, the launch trailer. When we informed you of the release date we had been hearing rumors that the PC version would get 3 days exclusivity, EA later confirmed this on their official website here. 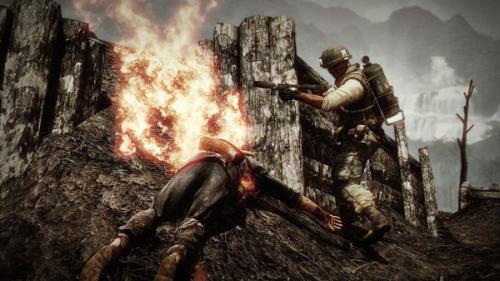 Battlefield: Bad Company 2 Vietnam is now available on the PC, it has been officially released it to the open world 3 days early as promised by EA. The Steam homepage shows the expansion pack as a new release for £9.99. You can add the expansion pack to your cart and then proceed with payment. 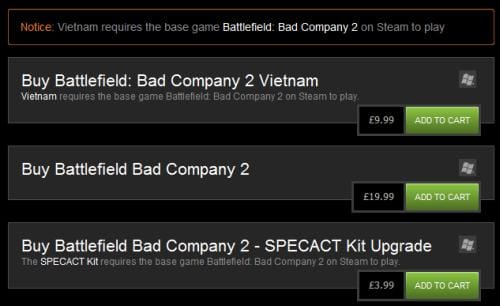 The expansion pack has a few main features to it, aside from being set back in the 60’s in the Vietnam war, you will have 6 vehicles, 5 new maps, 2 hours of 60’s music spread across 8 channels and 15 new weapons. You have to say the flamethrower looks hot, if you haven’t seen too much of the expansion then head to the bottom of the article and have a look at the video, courtesy of GS. The video shows some of the gameplay that you can expect, including flying helicopters and driving tanks. If you are a PC gamer and want to download the Vietnam expansion pack then click here to be directed to Steam.

Have you downloaded the new expansion pack yet? What do you think of it? Let us know in the comments below.