It’s that time again for Battlefield: Bad Company 2 owners, as we can confirm that another VIP Map Pack will be going live this week. Only this time, it’s a bit different from the recycled content that you’ll usually get, so pay attention.

EA has just announced that VIP Map Pack 7 will be going live for the Xbox 360, PS3 and PC this week, and it will once again be free for those of you with a VIP code for the game.

However, rather than just feature new game modes on the same maps, Map Pack 7 will feature two maps from the first Bad Company game (Harvest Day, Oasis), and also two maps from the single player campaign (Cold War, Heavy Metal), so you could basically call this the first REAL map pack for the game if you like. 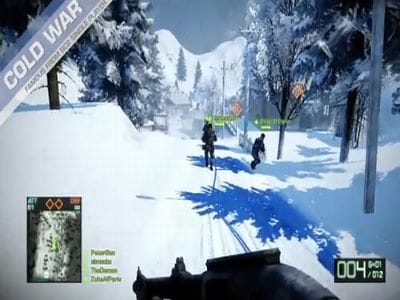 We’re loving the fact that this remains free for VIP owners, so we take our hats off to EA for that. They have also included a trailer for the upcoming maps, so check that out below and let us know what you think about it.