It’s time to get excited for the Battlefield 5 release date hype train now. Just hours after massive rumors for the 2016 Call of Duty game, we now have good evidence on when Battlefield 5 is going to be announced by EA.

Several gamers on Twitter have now gone public on their personal invites from EA to attend a Battlefield World Premiere event on May 6 – next Friday.

You can see an example of the invites being sent out thanks to Twitter user mashed8DE who was clearly too excited to contain his excitement: 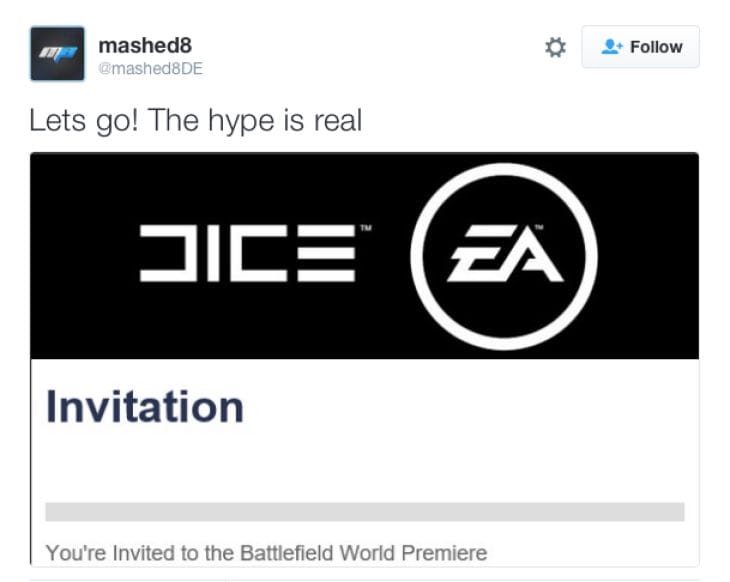 If select users are being invited to this event next Friday, then it’s also safe to assume that this will be the date in which the world gets to witness the Battlefield 5 announcement trailer reveal as well.

Nothing is confirmed yet, but whispers suggest that the Battlefield 5 setting could be World War 2 and that its first DLC pack is going to be called Battlefield 5: Eastern Front which allegedly has a release date of December 6, 2016!

Either way, we don’t have long to wait at all for the goods. Are you pumped up for BF5 possibly being set in WW2? Give us your expectations below!