Are you excited about the imminent Battlefield 5 trailer reveal and likely release date announcement? EA has been building up to the big event all week and now we are pleasantly surprised to see that this is going to affect Battlefield 4 and Battlefield Hardline players as well.

In a stunning act of generosity, EA has announced that the Battlefield 4 DLC expansion Dragon’s Teeth will be free for a week starting from May 3 to May 10 – meaning it is available to download right now on all platforms.

Not only that, but the Battlefield Hardline Robbery DLC is also free as well. This was previously available for £12 and $15 but now you can get it for nothing. 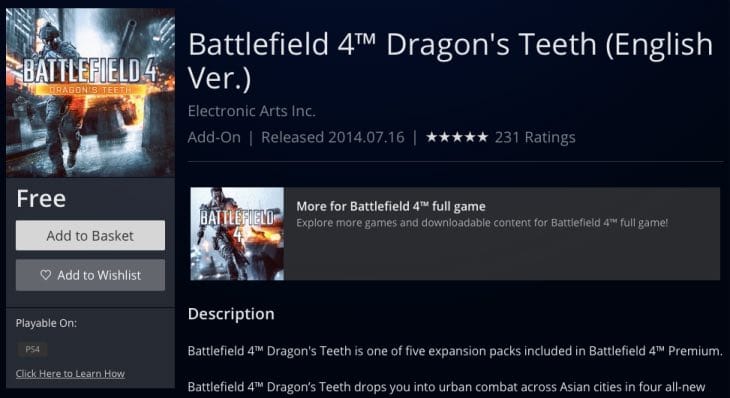 It’s a great gesture from EA and it should provide some exciting sessions in both games before the countdown reaches 0 to the Battlefield 5 reveal on May 6.

The big question: Do you still actively play Battlefield 4 or Battlefield Hardline? For those that didn’t get the Season Pass for either game but still own the titles should be very happy with this little freebie.

Stay tuned to PR, as we’ll bring you all of the news following the big reveal at the end of the week. Battlefield 5 has to be a WW2 setting now given all the hype, surely?