Battlefield 5 is almost here and now EA are officially teasing it as coming soon. The Battlefield 5 event countdown is now active, with EA ready to show the world what is next for Battlefield fans this week.

It looks like the rumors were right. Last week we told you that invites were being sent out to an event hosted on May 6 and this is the date in which the BF5 countdown leads to.

However now we know what time the Battlefield event starts as this will be at 1PM Pacific Time, 4PM Eastern Time and 9PM UK time. 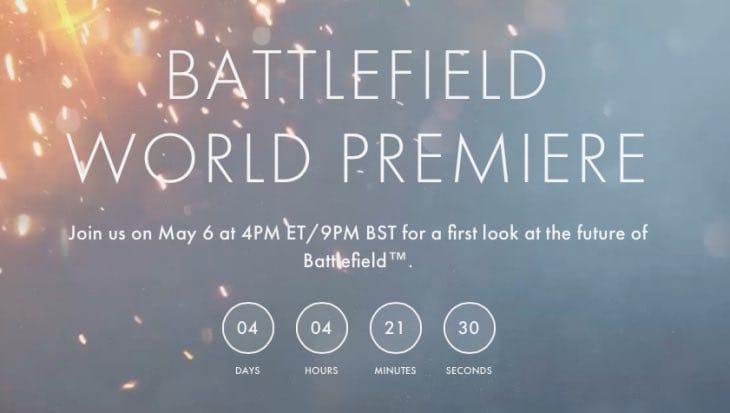 No specific details on the event are mentioned, but EA has teased that we will see the ‘future of Battlefield’, so obviously Battlefield 5 is on the cards and a first trailer.

The big question is whether Battlefield 5 will have a WW2 setting like rumors suggest. Having said that, the rumors have got to a point where we would be shocked if BF5 isn’t a World War or 1944 type game.

Are you excited about a new Battlefield 5 game being announced, given that we have just had the new COD game revealed by Activision? Which game gets your money and why?