As we wait for DICE to unlock the weapon in the game, we can now bring you a useful heads-up on BF4 Phantom bow stats, as there will be three different types of ammo for the bow with varying damage output and other important stats.

DICE has obviously needed to treat the bow’s arrival with great caution, as one false move could lead to over balance and everyone using the weapon in multiplayer online if it is deemed too powerful.

There are three sets of ammo to choose from though, with the Broadhead arrow, the Bullet Point arrow and the Explosive Tip arrow. 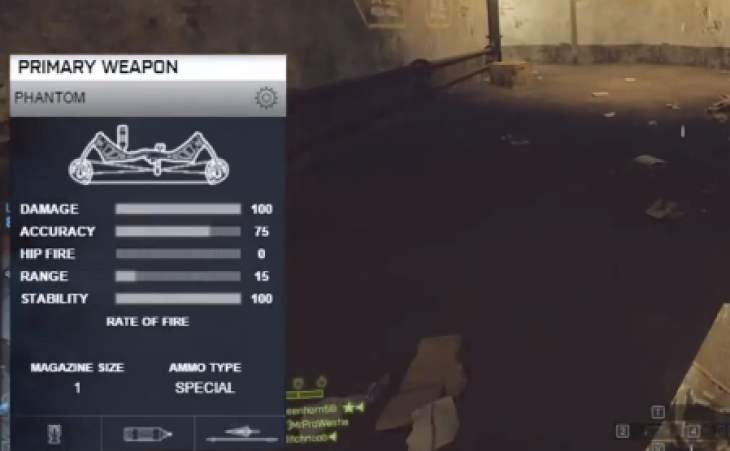 The first as pictured above is going to be the standard arrow type for the new Spyder bow in Battlefield 4. It has strengths in damage and stability, but lacks any kind of hip fire so may not be supported for this style of play.

The bullet point arrow on the other hand sacrifices damage by 20% compared to the broadhead, but makes up for that with extended range capabilities. As a result, this looks to be the ideal ammo for those that like to pick opponents off from a long distance away from the target. 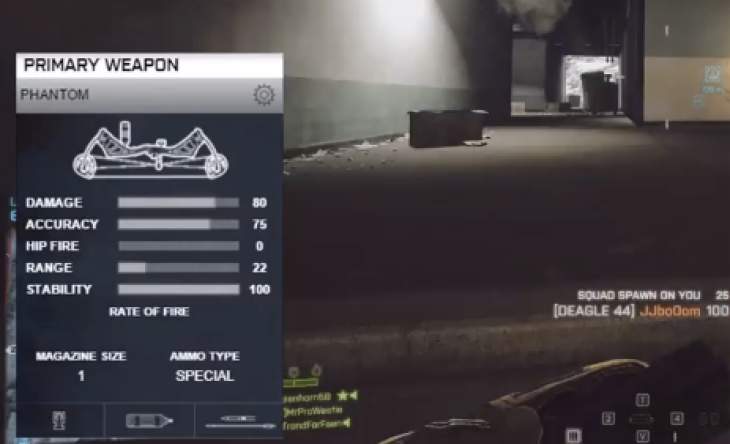 Finally, we have the explosive tip. Likely to be one of the most popular play styles in Conquest, this tip looks like it has the capability to damage vehicles. It has 90 damage which is really powerful but again less range than the bullet point ammo, so you’ll need to fire this one closer to the intended target. 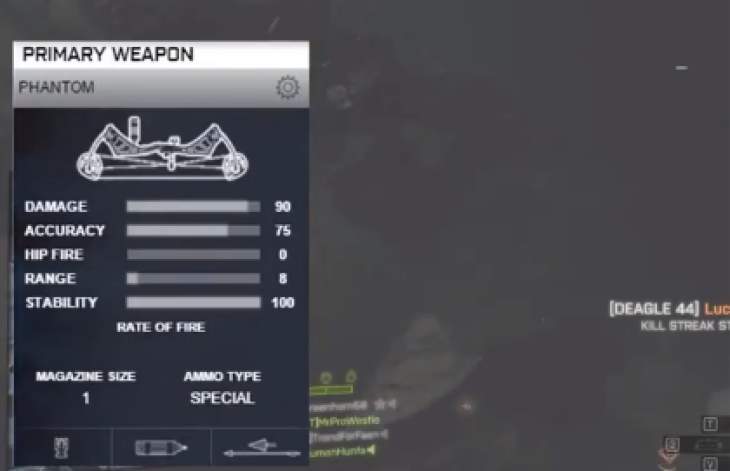 All three ammo types for this weapon are being used with Iron Sights and the Stabilizer attachment. This suggests that there won’t be an ADS for the Phantom bow, while the Stabilizer may have to be unlocked separately too.

For those that are asking how to unlock the Spyder bow in Battlefield 4 specifically, it looks like you will have to work your way through a set of BF4 Phantom Operative assignments which are yet to be revealed in full.

Further information on the bow can be seen by watching the excellent video analysis courtesy of Westie who has supplied the images above. Let us know what you think of this weapon and if you will be using it as your primary weapon once Final Stand launches.