If you enjoyed the E3 coverage of Battlefield 4, we now have some brand new gameplay for you to check out. DICE are bringing their new spectator mode to the PC version of Battlefield 4 at launch and now we’re pleased to say that EA has released the very first preview of it running in pre-alpha.

For those who have enjoyed creating videos of Battlefield 3 over the past year, spectator mode for Battlefield 4 is going to be like an extra Christmas present when the game launches. DICE producer Daniel Matros has given a detailed insight on spectator mode, complete with brand new gameplay that arguably makes Battlefield 4 the standout shooter to own in 2013.

This spectator mode alone may even tempt seasoned Counter-Strike pros into taking notice of the game, as DICE has really catered to the professional league community with some of the capabilities possible in the new mode. Watch the video and you’ll see the various camera angles that are freely available during a live match. 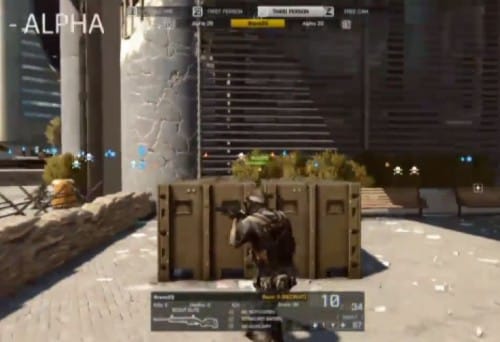 You can switch from first person, third person or even set up various free-cam scenarios to really capture the action from different perspectives. Failing that, there’s a table-top mode which is similar to the Commander interface, giving you a birdseye view of all the action below you – complete with a live picture in picture video feed.

Unfortunately, we can also confirm that spectator mode is only going to be available on the PC version of Battlefield 4 at launch. When pressed in the video on the likelihood of it appearing on PS4, Matros replied with a rather dubious ‘let’s see’. It would be nice to see spectator mode on the next-gen versions as well, but having said that, perhaps the majority of ‘professional’ Battlefield gamers will be playing on a high-end PC anyway.

What are your thoughts on this early alpha look at the mode? Do you think you’ll be using this heavily on PC or not?