Battlefield 4 has five DLC expansion packs officially, but some very interesting BF4 news has dropped suggesting that DICE may be planning to extend DLC for the game. The obvious reason for this being that Battlefield Hardline has been delayed and players are going to face a long wait until the next game.

The best way to combat this and the most logical one would be to bring more DLC to Battlefield 4, a game that users are still playing on a daily basis. EA has not announced anything official on these plans yet, but one video that we have for you talks about new source code entries that have been spotted for the game, revealing further lines in the code for announced DLC.

In simpler terms, two extra DLC packs could be coming to Battlefield 4 as there are two empty slots. If this is legit information, then what could we expect to see? Speculation has already been running wild on social boards, but we think it could be a great way for EA and DICE to give back to their fans and specifically for EA to win over a few doubters. 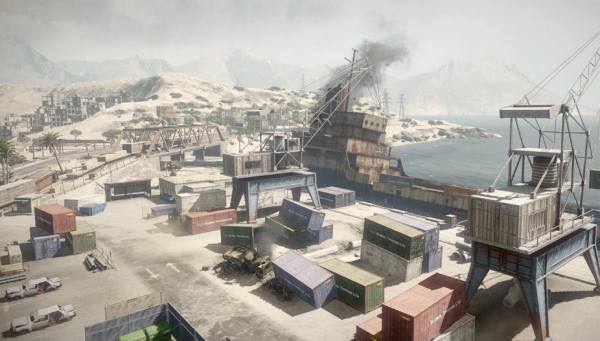 It goes without saying that these maps remade with the Frostbite 3 engine would be fantastic to see as Bad Company 2 is arguably the best ever Battlefield game to come out so far. If EA decided to make these remakes free, it would be the perfect tonic to win over some fans who are still a bit unhappy over the amount of bugs that launched with the game last year.

Obviously we can’t get too excited as the information is not official yet, but it’s something to think about after seeing this change in the source code.

Would you be very happy with EA if they decided to bring free remakes from Vietnam and Bad Company 2 to BF4, to pass the time before Battlefield Hardline arrives? Give us your thoughts on this.