Earlier last month Alan Ng reported that the world premiere of Battlefield 3 will take place during GDC 2011, which is being held in March — not long to wait then. However, this is not what we are interested in, it is the fact that developers EA has said that the new game delivers a performance that should have been on the Xbox 720 and the PlayStation 4.

Well, we all know that both these consoles are at least five years away, so EA had to rewrite their Frostbite engine from the ground up. CVG also learned from Game Informer that the developer had to add a number of new elements, with large-scale destruction being the biggest feature added.

Knowing that Battlefield 3 is worthy on a next-gen console like the PS4 and the 720 is an exciting thought, but could it truly be that good? Earlier videos will not be able to shed much light on that question, but what we have seen so far is certainly impressive. 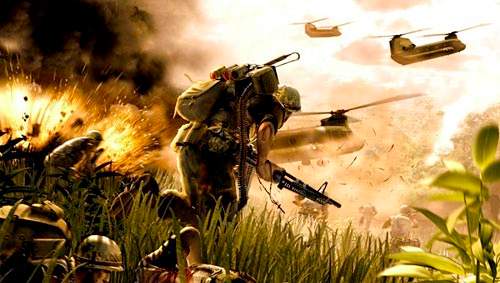 This latest version of the game will have a storyline much better then earlier version; according to Gamasutra you will visit Iraq, New York, Paris and more. They also inform us that the Battlefield 3 will be much larger, offering more weapons, unlockable achievements and extra equipment.

One thing we do know, this is going to be one huge game, but cannot help but feel that it will always be in the shadow of the Call of Duty series. However, Alan reports that graphics are said to be much better for Battlefield 3 – something to do with that engine re-write then?