Today there has been lots of Battlefield 3 news for you to read, however one thing which we would like to settle is the clear difference that the high-resolution texture pack brings to the Xbox 360 version of the game, this is something which we touched on earlier today, but now we thought we would wrap things up once and for all.

The pack takes up 1.5GB of space and in our opinion you would be mad not to install it, without the HD pack the visuals look a little hazy, also lighting / shadowing is far less impressive and as the pack’s name suggests there is a distinct lack of texture, the two screenshots below show you exactly what we mean (click on them for a high-resolution image.

This screenshot was taken without the HD pack installed, as you can see the graphics are pretty poor: 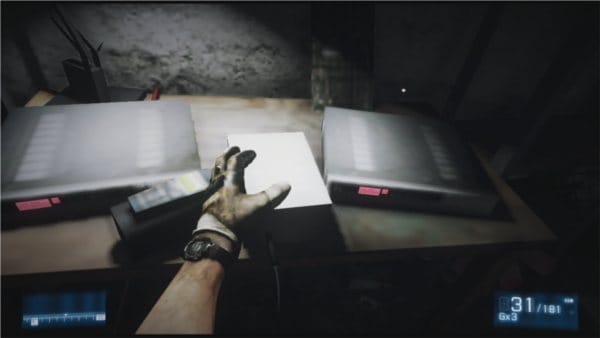 The image below shows just how better things look with the pack installed, you will see much better attention to detail on the cell phone, the circuit board, table top, wall, the man’s hand and his arm – also you will actually see more items on display (the batteries, screwdriver and whatever that is on the top right corner of the desk). 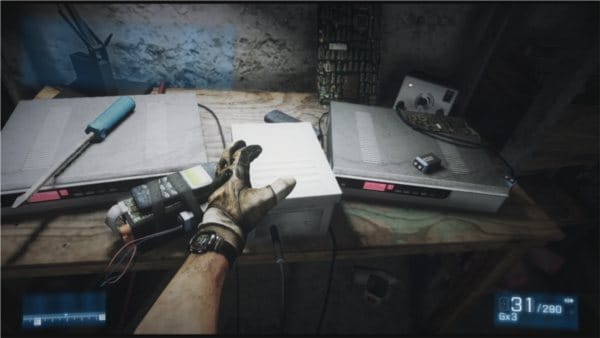 To be honest with you we think that the above screenshots prove just how worthwhile the HD texture pack is, however if you are still in doubt we have embedded a video below which shows you the difference in more detail, in terms of gameplay there are no real advantages, but let’s face it there are better visuals on offer why not take advantage of them (unless you don’t have a 360 with a hard drive).

So there you have it folks, install the high-res texture pack, you won’t regret it. Case closed.