With so many games being discussed today we thought that we would focus on the big two, Battlefield 3 vs Modern Warfare 3. Below we have a pre E3 2011 video. They will enter the FPS games fighting cage and there can only be one victor — who that will be remains to be seen.

The official day for E3 2011 is tomorrow, but a number of companies will have their keynote today — putting them in direct competition with WWDC 2011. The two games could not be any different, one goes more into the graphics side of things, while the other is all about the gameplay and being more like a Hollywood blockbuster — you only have to look at the trailer to see this.

Both games look as though they will be truly amazing, and it was no secret that fans of each franchise came out and defended their favorite. However, over the next few days it will be time for both Electronic Arts and Activision to put their money where their mouths are and show us what they have been up to over the past few months. 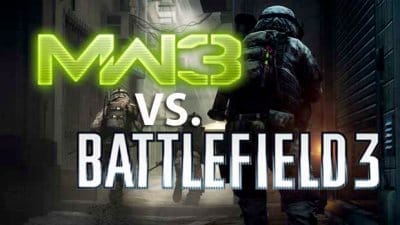 We have seen on both Battlefield 3 and Modern Warfare 3 trailers that there is a lot of work to do, but at least the former will have a playable demo on hand to tease fans with. The video that we have embedded for you below looks at what the two games will have to offer during the E3 Expo, and how they are measuring up. So which of the two games will win out during the biggest gaming event of the year?