If you are planning on picking up Modern Warfare 3 or Battlefield 3 this year, some interesting developments occured over the weekend, as EA DICE confirmed that Battlefield 3 will only run at 30 fps on console, half the framerate of MW3.

We imagine that this admission by EA DICE will be cause for concern for a lot of console owners looking to buy Battlefield 3, but should the framerate in a game really affect your overall purchase decision?

If you watched the recent PS3 demo of Battlefield 3, you’ll know that the game was looking very good indeed, and now that we know it was running at 30 fps compared to the PC version at 60 fps, has this altered the way you feel about the game?

It would be wrong to assume that Modern Warfare 3 will now be the better game since it will run at 60 fps on console, as Battlefield 3 will obviously feature a lot more graphical detail and map content, including vehicles, compared to MW3 which will just be more of the same as MW2, with the advantage of having ‘smoother’ gameplay at 60 fps compared to BF3.

Hardcore Battlefield fans probably won’t mind the loss of framerate on console if it doesn’t affect gameplay in a major way, as don’t forget the one dividing factor that always separates BF and Call of Duty players is the fact that Battlefield generally offers a better gameplay experience, as oppposed to Call of Duty, which is great for an arcade type of experience.

If you are lucky enough to own a solid PC gaming rig, then you’ll have no issues at all, since EA DICE make no secret at the fact that Battlefield 3 on PC will be the superior platform, with graphics on the Frostbite 2.0 engine locked down at 60 fps. Whether this will defect console owners to now pick up the PC version in light of the 30 fps cap on the Xbox 360 and PS3 versions, remains to be seen though. 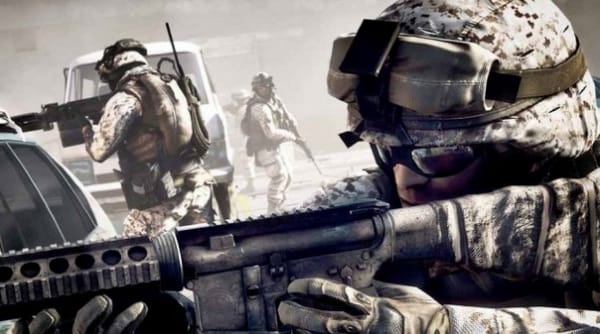 Don’t be surprised if Activision now use this in future advertising campaigns to boast that Modern Warfare 3 now offers an ‘advantage’ over Battlefield 3 with double the framerate on console, as they’ll know that framerate for FPS games remains a very sensitive factor for a lot of hardcore gamers, and they may see this as a key opportunity to steal a few sales.

Having said that, the average gamer in today’s world knows that framerate doesn’t always necessarily determine the quality of a game. Battlefield 3 locked at 30 fps on console may be a disadvantage ‘as such’ compared to Modern Warfare 3 at 60 fps, but gamers will have the final say on this when both titles release towards the end of the year.

Having learned that Battlefield 3 will run at half the fps of MW3 on console, we want to know your thoughts on this. How important is framerate for you in a game?