Those of you who like the Battlefield franchise, we have news for you about the next game and a trailer to show you. Battlefield 3 is set to be released by EA in the fall for owners of the Xbox 360, PS3, and PC.

Battlefield 3 will be the first game to use developers DICE’s advanced Frostbite 2 engine, according to an article over at Guardian.co.uk. The trailer doesn’t give away much, and is not of the best quality but gives fans a small taste of what’s to come.

The previous title was a war between the US, china, and the Middle East, Battlefield 3 will be a direct sequel to this. Pre-orders can be made now for the games release, have a look at the video below. Game Informer is reporting that the PC version of Battlefield 3 will have 64 man online multiplayer mode. 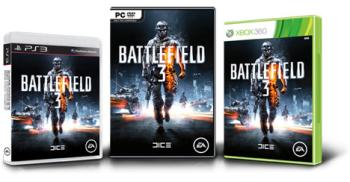 Some not so good news is that developer DICE has announced there will no Battlefield 1943 and Battlefield: Bad Company 2 Onslaught coming to PC’s. TechSpot are reporting that the developer wants to concentrate on the new title who said it was ‘a hard decision’.