First person shooter games are the best they have ever been, with each new one that comes out trying to outdo the previous. Call of Duty seems to be the most popular franchise for FPSs at the moment, but EA’s CEO seems adamant that Battlefield 3 will be the game of the year.

This news comes from CVG who reported that John Riccitiello, whilst at the Goldman Sachs Technology and Internet Conference, had previously admitted that EA and Medal of Honor had lost its leading position in the market then adding ‘we’re after it now.’ He then went on to make the statement of how he thinks Battlefield 3 will be ‘the best product in the industry this year.’

Battlefield 3 is the sequel to Battlefield 2 and as IGN report is due out this Fall. The game uses DICE’s newest game engine and EA say it promises large sense of scale, enhanced graphics, dynamic audio, massive destruction and realistic characters. 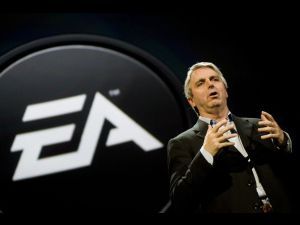 Players take the role of U.S marines whose missions are set out across a number of cities including New York, Tehran and Paris. More about the FPS can be found at EA.

Do you think Battlefield 3 will be as great as it promises to be? Which FPS will you be getting this Fall? Let us know your thoughts.