If you have been playing Battlefield 3 online constantly since it launched last week, you may have noticed that there seems to be considerable lag issues with one map in particular which is proving to be very frustrating for gamers.

It’s quite strange too, as this is the only map where gamers are reporting big lag issues. We have played Tehran Highway a lot too and we can agree that it does seem to lag the most, compared to other maps.

We’ve done a bit of digging round, and it looks like most Battlefield 3 gamers are having the same problems as well. Here are some of the complaints coming in from Twitter:

”@Demize99 How long till these server issues (lag) are resolved (xbox), and Tehran highway is fixed? (rubberbanding)”

”@Battlefield please take a look at Tehran Highway on PS3! It has horrible lag making it unplayable. Please take it out of rotation til fixed”

As you can see, most users are submitting their complaints to the official Battlefield Twitter page in the hope of some quick response from from EA. We’re guessing that judging by the frequent amount of complaints coming in, EA DICE are probably already working on a fix to solve the lag on Tehran Highway as we speak.

Just to repeat though, this is the only map on mulitplayer that seems to be hit the worst. We’ve included a related video as well so you can see it happening on PC as well in case you thought it’s just on console versions. Skip to around 11.20 to see one instance of the lag on the map. 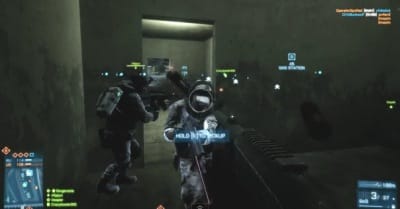 Are you having lag problems on Tehran Highway? If so, what version of the game are you playing? We’ll try and reach out to EA for a response on this.