The first person shooter crown is worth a lot of money to the winning side, with Battlefield 3 and Modern Warfare 3 being the two biggest contenders. Both of these franchises have their dedicated fan base and will do well from these people alone, but what game will gain market share in 2011/2012?

Currently rumors and released video show that this year BF3 will be the most upgraded, in terms of graphics but this will not be enough alone to capture the hearts of the elusive gamer. We’ve seen many players stand by their favorite title and give reasons as to why, and this leads us to the claims that Battlefield 3 will have slower gameplay or is this a more realistic balance than MW3?

The majority of Call of Duty gamers will admit that BF3 is likely to feature better graphics than MW3, but the idea of playing with slower gameplay is just not for them, although from personal experience it’s hard to see that many of these people have ever played a Battlefield game to make an informed choice. We’ll get some hands on time with Battlefield 3 at Euro Gamer this year, but our expectations will be an enhanced version of BF2, which already had a good balance of gameplay and realism but was lacking in some of COD’s online features in our opinion.

We believe that BF3 will improve the speed of the game but keep the gameplay feeling more like a real war zone than running around all the time in more of an arcade style, known in the Call of Duty games. If you could play BF2 by flying a helicopter and killing ground troops, then as you take incoming jump out, deploy a parachute and while floating down take out other players, tanks with an RPG, and then takeover a tank of your own…imagine what BF3 will be like including the Frostbite 2.0 engine?

This view will still be countered by the Call of Duty player who likes fast paced action that is in your face action, who will also be happy with the same graphics in a game that has proved itself in sales charts. The same people see a solid formula designed by devs that’s working, and ask why change it?

Do you prefer the running and gunning of Call of Duty and think BF3 will be slow and boring? Or do you laugh at these claims knowing that BF3 is likely to be extreme action that feels like you’re actually in a real war zone? 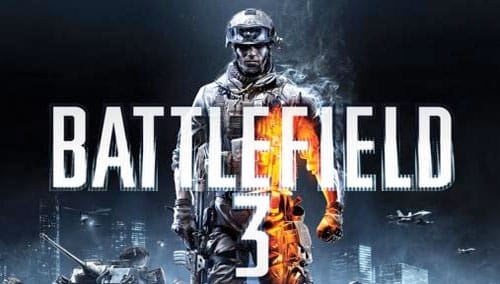