We have some good news for Battlefield 3 fans now, as we can confirm that EA will be unveiling the world premiere of the game at GDC 2011, which kicks off at the beginning of March. Are you still enjoying Bad Company 2 or are you ready for the new game?

As reported from GameDaily, the news has surfaced from this IGN article, which contains the info Battlefield fans have been waiting to hear. If you tune into GDC 2011 on March 1st, you’ll hear EA spill the dirt on the game, and hopefully reveal a solid release date as well.

We imagine that there are a lot of you who purchased the limited edition version of Medal of Honor, which gave you a code to get into the upcoming Battlefield 3 multiplayer beta, which EA may reveal details on as well. 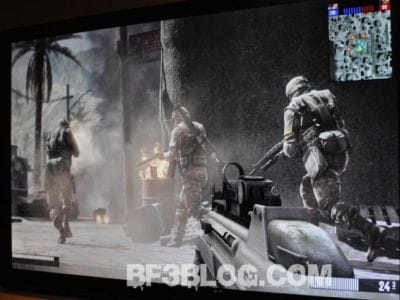 EA will obviously be announcing other new games at GDC, but we feel that Battlefield 3 will be the main event at the show. Do you have a beta code for the game? Let us know your thoughts on the upcoming reveal.