Since Call of Duty Black Ops has been out for a while now, some gamers are getting a little bored of this version of COD and the franchise as a whole, and are now looking for the next big thing.

One game that looks promising to feel the void is Battlefield 3, which has seen some interesting feedback in the last few weeks, from both gamers and developers. The official statements we’ve seen can be taken different ways depending on how you look at them, which has been highlighted by claims that the PC graphics are better than PS3 and Xbox 360.

Most recently it seems this is the case again with a statement made by Christina Coffin (DICE). When commenting on the development of Battlefield 3 and the PS3 / Xbox 360 versions, she said it’s “a bit early to make fair comparisons”, which is a fair statement. 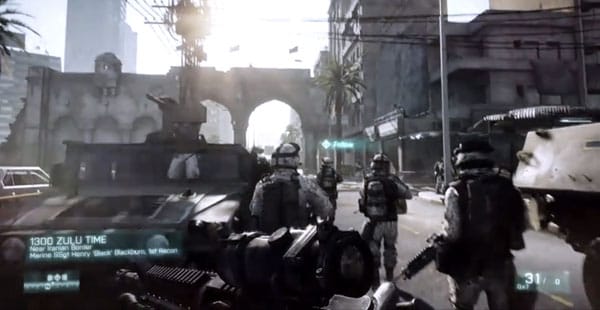 The confusion comes when she said the “ps3 has a lead by offloading gpu w/ SPUs”. At first glance this is simple, the PS3 has the lead on the Xbox 360. Those defending Microsoft’s systems claim that “lead” can mean many things, which may not be “better”.

It’s the few of some people that this just means they’re working with the PS3 version first, so it has the lead. We’re not sure on this; let us know your thoughts. You can also see a Battlefield 3 video below, which looks pretty amazing with really smooth / lifelike gameplay. Do you think the PS3 version will be better than the Xbox 360, and should we thank the PC for keeping the Battlefield series alive?