Despite the fact that we are yet to see any concrete gameplay footage from Nintendo’s upcoming Wii U console, fans are still very optimistic on the potentials of the new system after seeing an impressive list of titles that will feature on the Wii U at launch or after the console is released.

One of the titles that is definitely on the way, but still very much a mystery at this point is Battlefield, as EA has already confirmed that DICE will be developing a Battlefield 3 game for Nintendo’s new console which will take ‘full advantage’ of both the Wii U hardware and also DICE’s new Frostbite 2 engine which features in Battlefield 3.

But will it be Battlefield 3 that we end up seeing on the Wii U, or a brand new game entirely? We have already had the confirmation that the Wii U will release at the end of 2012, so perhaps it will feel a little odd if we see Battlefield 3 release at that point – a year after releasing on Xbox 360, PS3 and PC.

Regardless of what version of Battlefield will come to the Wii U though, we have a feeling that it is going to be well worth the wait. To get you in the mood, we have some pretty awesome concept images for you to take a look at, courtesy of BF3Blog. They have created a few images which shows what Battlefield 3 may look like on the Wii U when combined with the slick touchscreen controller – assuming EA bring BF3 to the console of course.

Obviously this is just a concept preview of what Battlefield may look like on the Nintendo Wii U, but we’re excited to see what DICE can come up with to make BF a truly innovative experience on the Wii U. What ideas would you put forward in making BF on the Wii U stand out from the Xbox 360 and PS3 versions? 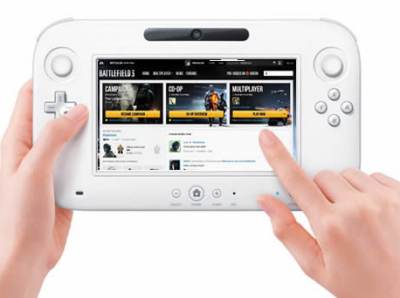