Battlefield 3 is the hotly anticipated FPS to be released this year by EA. It’s even been dubbed game of the year. We have previously brought you news of the gameplay footage and some screenshots. Today we came across an analysis breakdown of the trailer, which allows a bit more about the game to be revealed.

As you may already know the graphics are stunning and more screenshots are beginning to emerge so you can see for yourself if you haven’t already.

The video which can be viewed below was found at a German site called VideoGamesZone who came across the trailer on YouTube. It dissects every scene of the trailer allowing viewers to study beyond what’s being shown on the screen. 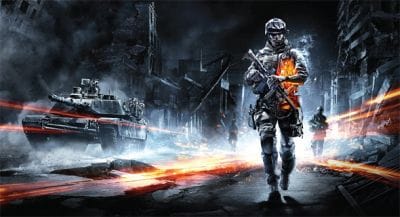 It details maps shown in the trailer in order to reveal a setting for the game, also weapons and vehicles clips are slowed down so as to distinguish what sort of arsenal you will have at your disposal.

More details about the game can be found at EA where they also have an interview about the coverage so far. What do you think of the footage of Battlefield 3 so far? Will it be good enough to compete with the FPS King Call of Duty? Let us know your thoughts.