We have a treat for gaming fans now, as EA has unveiled the very first snippets of actual gameplay footage for Battlefield 3. To say it looks amazing is an understatement. You definitely can’t miss out on this.

The video is only less than a minute in length, but the small teases of gameplay are enough to keep us talking for months, dont forget that the game will be shown at the upcoming GDC conference as well.

We’ve been reading some feedback online from gamers who have already seen the trailer, and there seems to be a debate over which platform these graphics are based on. Some are saying that the visuals are far too good for the PS3 and Xbox 360, but then again – it could just be the real power of the Frostbite 2 engine – seen in it’s full glory for the first time. 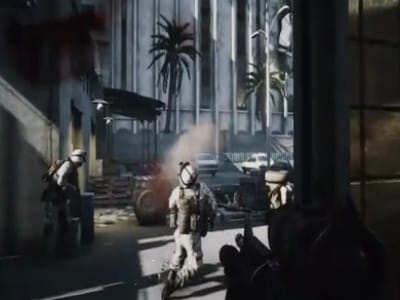 Personally, we hope these graphics are the console version, which means that they could be enhanced even further to those with a beefed up PC running DirectX 11. Take a look at the video below and let us know your thoughts on it.

Are these stunning graphics taken from the console or PC version of the game guys?