The days are getting shorter as we head towards the Battlefield 3 release date, and we’ve seen a variety of stories, which include tips on how to avoid Battlefield 3 bundle disappointment for the PS3, and even a few details on unlocks for BF3 achievements.

One thing DICE has made very clear in the last week or so, is Battlefield 3 beta runs on old code and the retail game already has many more improvements than what is found in the beta, although there is still a lot of confusion amongst gamers. Some Xbox 360 and PS3 owners are not enjoying what they’ve seen, and this ranges from graphics to glitches.

One recent article asks if BF3 should be delayed, although we find this a little strange it does highlight either concerns or a misunderstanding with the BF3 beta. DICE has stated that they think there has been “a misunderstanding of the term beta test”, and that they need to stress test the servers. Some gamers feel this kind of statement is just undermining them, and DICE should use the most recent beta code. 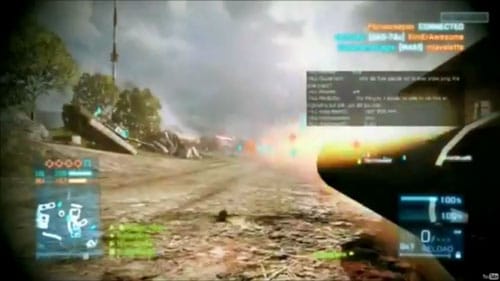 We got under 3 weeks until Battlefield 3 release on the PS3, PC and Xbox 360. DICE will want the players to buy the game, but the problem is they have set the expectations for BF3 now, although that bar has been set very low in our opinion. This has a positive outcome for DICE if they launch a game that is miles better in terms of graphics and current problems, which is what they say the retail game is, then these low expectations could be met with a game that is much better than expected, in turn everyone will praise and rate the game top marks.

How low or high are your expectations for Battlefield 3, and do you think the beta will help sales or make them worse?