One of this year’s biggest games releases is Battlefield 3, with lots of you are waiting for the release of the Beta. We have had all the confusion going on with the limited edition of Medal of Honor, but now we have news that a Battlefield 3 Beta announcement is expected today.

The last few weeks there have been numerous rumors surrounding the Beta, but now DICE themselves have stoked the fire with some information. MP1st.com is reporting that the official Italian Battlefield website has said “guys, tomorrow follow us, there is news about something you have been waiting for a long time”.

That’s not all though as there has been some tweeting going on with Dainel Matros who is Battlefield’s global community manager, said on his Twitter account “this week is going to be off the hook BF3”. Then his fellow worker David Goldfarb has also mentioned that this week is “gonna be a great week, BF3”.

This could mean that the Battlefield 3 Beta could finally be going live today, or could be announced with a go live date next week. The upcoming Beta won’t give gamers the chance of trying out the campaign mode of the game though. Ian Tornay from DICE confirmed that the “BF3 Beta is multiplayer only”, and mentioned this was besides the rumors suggesting otherwise were going round.

So Battlefield 3 fans could finally get the news that they have been waiting for today, and you can expect the team at Product Reviews to bring you all the news as it happens. Do you think we will see the Beta released today? 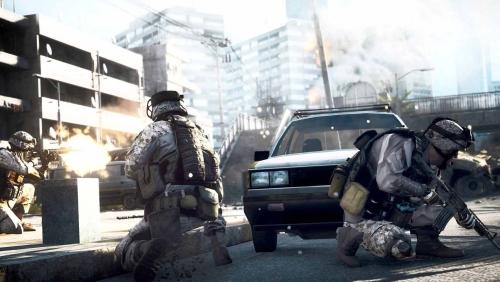