If you have been enjoying the Battlefield 3 beta so far, then you are about to enjoy it a whole lot more as NVIDIA has released a downloadable update capable of enhancing performance of the game on the PC by 38%. DICE has even recommended the downloadable drivers as they are specifically optimized for Battlefield 3.

Footage from the game has stunned everyone so far, and judging from previews and early reviews, it’s clear that the PC version performs a lot better than the console versions. The fact that this performance can now be enhanced is extremely exciting news. DICE’s Rendering Architect, Johan Andersson announced his recommendation of NVIDIA’s 285.38 beta drivers in a post on Twitter.

Some of the key improvements that the drivers bring to the game performance wise are; updated SLI profiles, improved image quality and stability as well as the 38% performance enhancement. The drivers also iron some issues that Crysis 2 had been reported to have and also improves performance and compatibility in RAGE.

According to Planet Battlefield other issues that the download resolves involve Windows 7 64-bit and Windows Vista. The resolved issues included the shaking of the cursor on the main menu of Civilization V, Dues X, Battlefield 2 and Crysis 2 when 3DTV Play was enabled, corruption on the edges of some objects when Transparency AA was enabled in Battlefield 2 and the stuttering of certain maps after long periods of playing Battlefield 2. For more details click the link above.

Some reports have suggested some gamers have been disappointed with what they have played of the game so far, we recently brought you an article expressing concern that FPS games should have been improved by now and the beta for Battlefield 3 is too limited. Have you been enjoying the Battlefield 3 beta? Will you be downloading the updated NVIDIA beta drivers? 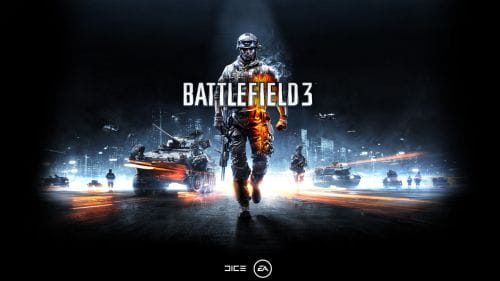