Today is Battlefield 1 launch day and unfortunately we can confirm at the time of writing, Battlefield 1 servers are down on PS4, Xbox One and PC platforms.

We wish we could say that it is due to Battlefield 1 maintenance, but EA wouldn’t have dared to bring the game down on launch day for fixes.

In reality, it looks like this is again the result of a DDOS attack by hacking group Poodlecorp. This group has already attacked EA Servers in the past and we can tell you that on September 19, 2016 they threatened in advance that they would be hacking Battlefield 1 servers on October 21. 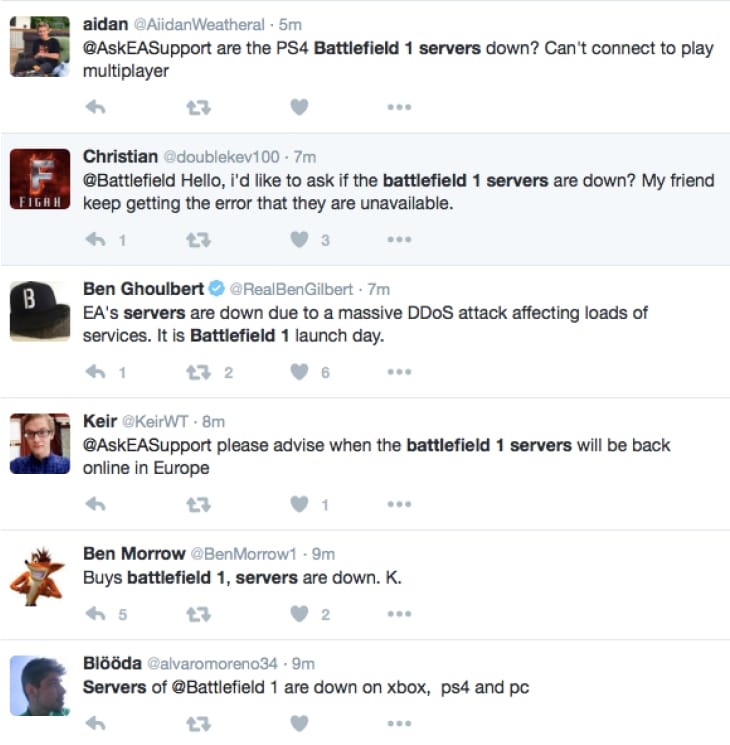 We would really hate for the BF1 servers to be down over the weekend as well, but we’ll have to see what action EA can take and if they can bring the servers back up and keep them up and away from attack.

Are you furious that this hacking group warned one month early that an attack would happen and it still followed through? Please leave a comment below if you can’t play Battlefield 1 online right now.