If you are yet to see any actual Battlefield 1 gameplay, we have a recap of the recent live stream event in which EA gave select users the chance to participate in the world’s first Battlefield 1 64-man multiplayer gameplay match.

We see it every year, but this time it really does feel that gamers are really paying close attention to which game is going to end up better between Call of Duty Infinite Warfare and Battlefield 1.

The level of detail on weapons looks significantly better than it did on Battlefield 4 and you’ll notice this straight away by watching the clip below. 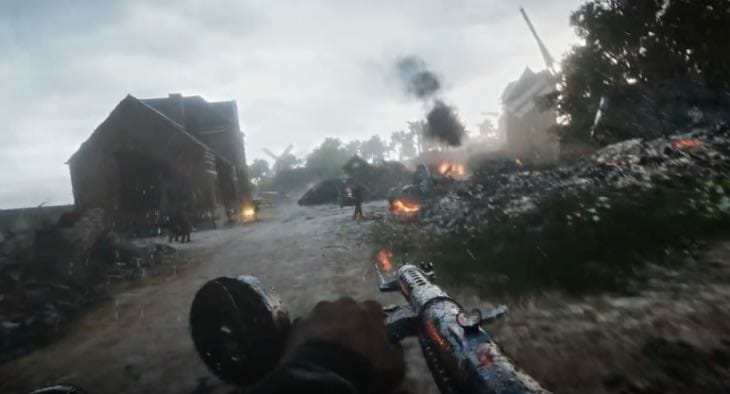 It’s important to point out that the footage below was captured from a live stream so the quality is not crystal clear. It’s good enough now though as this is the gameplay you didn’t see on stage at EA’s event.

Remember that this is Battlefield 1 pre-alpha. Have you already seen enough to convince you that this is another $60 that you’re going to spend this year?

Leave a comment below if you want to play the Battlefield 1 beta when it’s out.