We have some important news for those of you who have been playing Battlefield 1 on the PS4 Pro but have been suffering from performance problems and a reported reduction in visual quality.

This was version 1.04 and players on PS4 Pro have been unhappy with it after complaining on social media and on forums that something had happened to the game which many were calling a ‘downgrade.’ 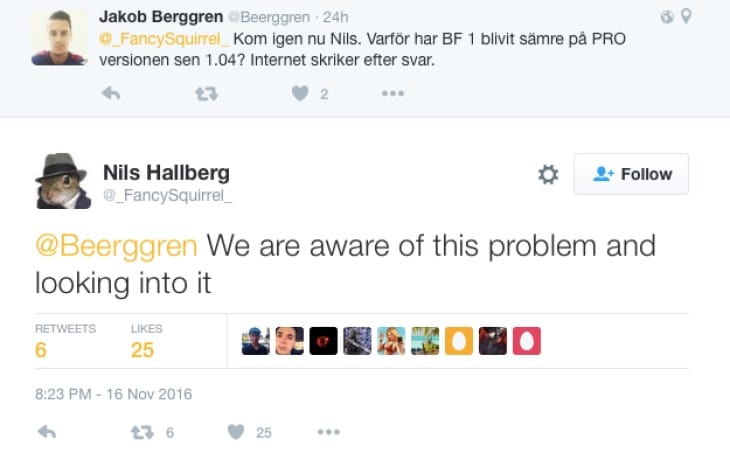 Now it looks like we have official acknowledgement of a problem from DICE, as you can see from the recent Tweet above sent hours ago by DICE’s development director Nils Hallberg who is working on Battlefield 1.

Hopefully this means that a new Battlefield 1 PS4 Pro patch will be coming out at some point next week, although we’re not sure if this means PS4 Pro users will get a hotfix specifically or if DICE plans to wait until they roll out Battlefield 1 1.05 on all platforms.

In the meantime, let us know if you have been experiencing problems on your PS4 Pro after the 1.04 update this week.

Is there definitely something wrong with the game right now?