The Battlefield Twitter account has been hinting a lot recently at what’s on the way for Battlefield 1, including French Army DLC that joins the Russia release date window of early next year.

While we have known that Battlefield 1 is to receive French Army DLC in multiplayer since around June of this year, being named They Shall Not Pass, this new tease comes in the form of concept art tweeted directly from DICE. 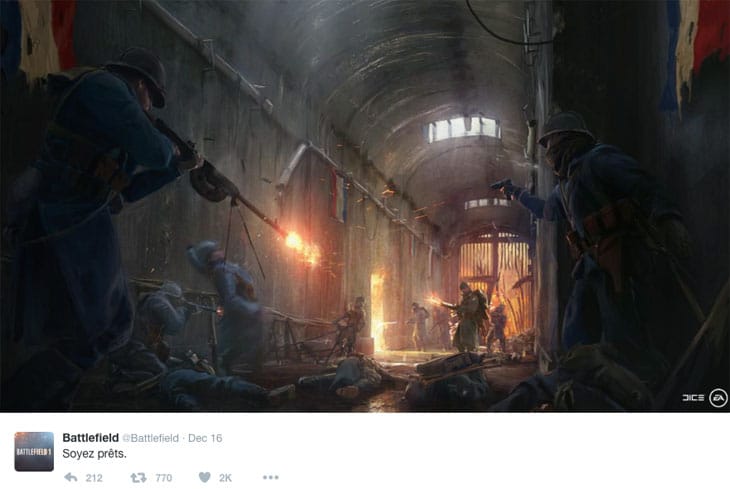 The French flags were a strong hint already, but French soldiers fighting in some sort of fortress adds to the excitement. You can see the DICE/Battlefield tweet above.

Share a comment below with your thoughts on this latest concept art for Battlefield 1 and also, anything else you spot within the tease. Remember, if you own the Premium Pass you will get hands-on a couple of weeks before other players.