As you all ponder what EA’s plans are with regards to Battlefield 1 Premium, we have some very refreshing news to share now, with the confirmation that there will be free Battlefield 1 DLC which everyone will get early by pre-ordering.

It is very interesting to see that EA has so far not announced any details on Battlefield 1 Premium, or if there will even be one. We have a feeling that there will be as it is common practise these days, but at least now you know that one piece of DLC will be free.

While the Amazon UK pre-order listing for Battlefield 1 makes no mention of free DLC for the game, the Origin page states otherwise as you can see below: 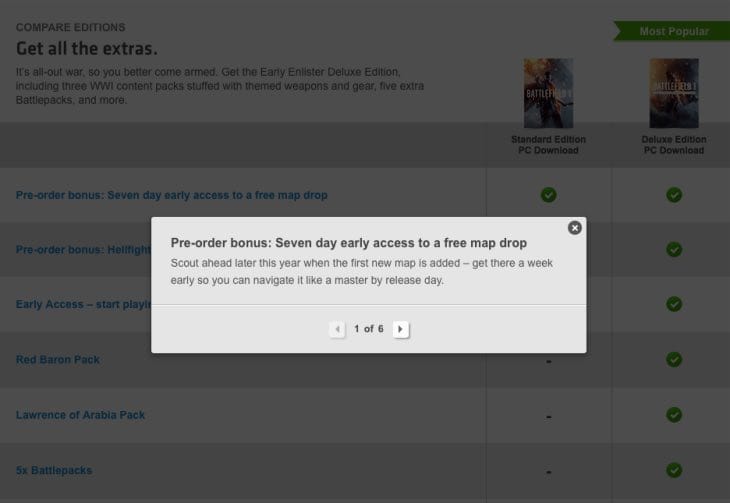 It looks like EA are going to be giving this away regardless of which version of the game you buy. The incentive to pre-order however is that you will get this content early – similar to the way in which the Star Wars Battle of Jakku content was handled with early access.

We are waiting for official details on the content, which will probably come at E3 or before. With no Premium announced though, this should be promising news for you as you decide which game to buy this year with Call of Duty Infinite Warfare launching in November.

Are you happy that free DLC for Battlefield 1 is coming, will you still pay extra for Premium because you love Battlefield regardless?