Warner Bros and Rocksteady are still yet to announce when Batman Return to Arkham is coming to PS4, Xbox One and PC. It was rumored to be due for a reveal at the end of last month but this week we again see solid evidence that an official reveal should not be far off.

As the weeks pass by though, we have a feeling that the official reveal may come at E3 2016 as that would make perfect sense to engage a higher audience.

In the meantime though, take a look at the screenshot below which is taken from an apparent leak from GameStop Italy. 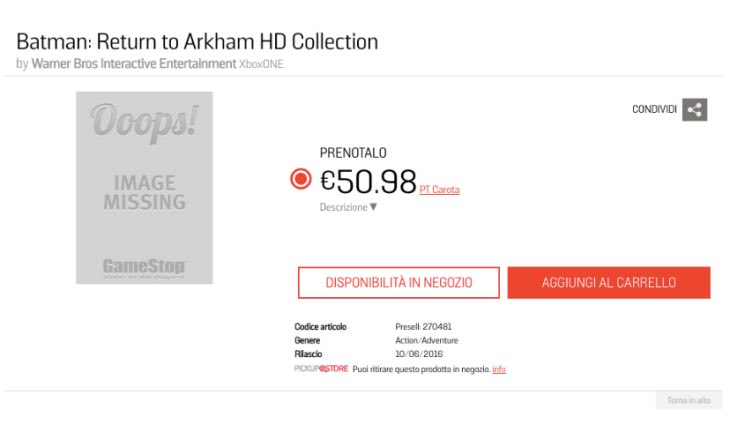 It’s worth mentioning that the listing has since been removed and the link now redirects back to the GameStop Italy homepage.

That suggests to us that Warner Bros are in the process of covering up the game and trying to keep it a secret before E3 – that obviously is impossible now.

As a reminder, Batman Return to Arkham HD Collection should be coming with HD versions of both Arkham Asylum and Arkham City – with all previously released DLC included on top.

Are you still hungry to get this game once it is official?