Some of you may be disappointed that you won’t be able to play Batman Arkham Knight until 2015, but Warner Bros has been trying to keep fans happy in the meantime. We now have some brand new official pictures of the Batman Arkham Knight Batmobile to show you and it looks fantastic from what we’ve seen so far.

Although there is no official Batman Arkham Knight release date, a leak that we told you about here suggests that it will be launched on February 24 – the same date as when The Witcher 3 is due out in fact.

This week though, feast your eyes on some brand new shots of the Batmobile in all its glory. To say it looks epic is an understatement, it just reminds us of how badly we want to see another Batman movie from Christoper Nolan – although sadly it looks like it may never happen. 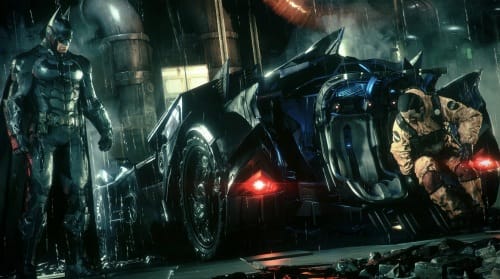 Remember that this is the first Batman Arkham game on next-gen that we are looking at here and the first game since Arkham City that Rocksteady is on development duties – Origins was handled by a different team of course. 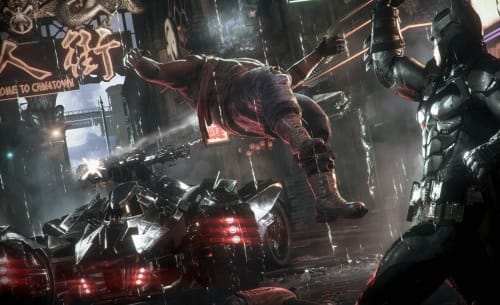 Is this going to end up as the best Batman game ever made? Rocksteady, by no fault of their own has put enormous pressure on themselves to top their previous games, but if anyone can – it’s them.

Enjoy these new screenshots of the Batmobile and let us know if this is a definite day-one purchase for you.