According to a juicy leak that has been doing the rounds online, Warner Bros are about to announce Batman Arkham HD Collection for PS4 and Xbox One.

Gamers knew that knew that this collection would be coming sooner or later and now we have a substantial leak which suggests this to be case.

Assuming that the details below are real, then the Batman Arkham HD Collection will include optimized versions of Arkham Asylum and Arkham City. 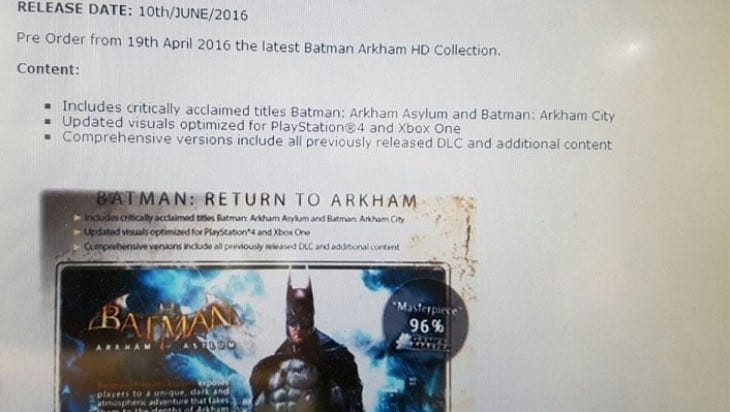 PC hasn’t been mentioned sadly so it looks to be for PS4 and Xbox One only. The collection will also be coming with all previously released DLC and we are just waiting for the price to be announced – would you pay $60 for this?

Amazon pre-orer isn’t live yet, but when it does appear it should be at this page. Given the document above has originated from GameStop, we expect this page to have the pre-order very soon too.

Do you have fond memories of the originals and will get this, or is your mind on the PS4 4K instead?