The new Batman Arkham City is shaping up to be some game; we are thinking already it could be a contender for game of the year 2011! We have already brought you some information around some of the villains you can expect to battle it out against. We also brought you the debut online trailer and the original gameplay screenshots.

Now we want to bring you some new screenshots, the first shows Batman surveying the area whilst crouched down, it looks like the thugs are looting the body for weapons. 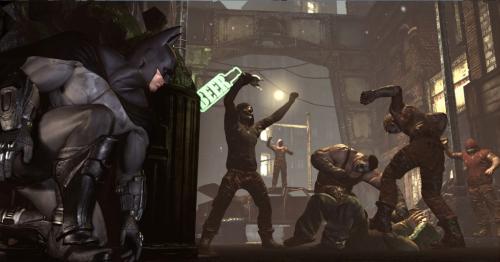 The next shows an interesting one, it shows ‘The Bat’ pulling off what looks like a 3 pronged attack. Hopefully there will be more attacks against multiple targets. Batman was always a tough character, if you remember back to the comic books and the films; he would constantly take on more than 1 enemy at a time. 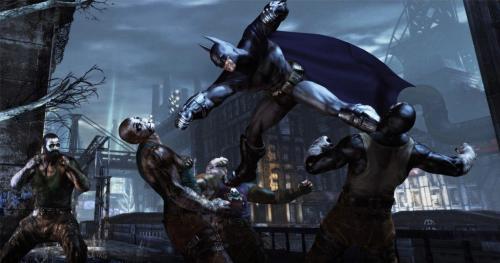 The last screenshot shows Batman’s darker side, the bad guy has been knocked to the floor and Batman is beating him in the midriff with what looks like a door. 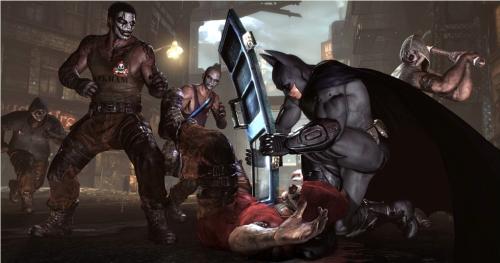 We are certainly looking forward to the release of the new Batman game. If there is more combat like the above pictures then it will be a fantastic game. Thanks to Luke who posted them on the Arkhamcity.co.uk forums.

Are you looking forward to the new Batman: Arkham City game? Let us know in the comments below.