We are less than two weeks away from the global release of Batman Arkham City, and to get gamers in the mood, GameStop has just released a new commercial showing off some unseen gameplay from Robin, available as bonus DLC through pre-ordering with the retailer.

As most of you will be aware, Robin will appear in the upcoming sequel to Arkham Asylum as a playable bonus character in the Challenge missions that also featured in the first game.

You’ll be able to get the Robin DLC from GameStop as mentioned above, but you’ll also be able to get him from Best Buy – so don’t worry about limited availability as it shouldn’t be a problem.

The video below shows off some of his gameplay in Arkham City, and notably his new hooded outfit which makes him look rather different from the traditional way we’re used to seeing. Don’t worry though, as through the DLC, you’ll also unlock two additional skins for Robin, one of which is his classic black mask, hood and R symbol combo. 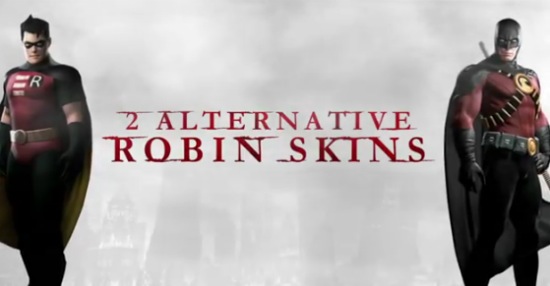 Meanwhile, more characters are still getting announced for the game by the day, despite the fact that we are just two weeks away from release. We told you just yesterday that the Mad Hatter had unofficially been confirmed for the game, and you can check out that report again here for a preview image of what he looks like Arkham City. Then we also confirmed that Nightwing would be in the game as well, available via DLC like Robin. However he won’t be featured in the main game though, but rather as a playable option in the Challenge Maps mode of the game, also like Robin.

Check out the new Robin gameplay below and tell us what you think of his hooded costume. Do you prefer it to his original or not?