We have some disappointing news to bring you now, or not too disappointing depending on which way you see it, as Rocksteady has announced that there won’t be a multiplayer mode in the upcoming Batman: Arkham City game.

Just like the first game in the Batman reboot, titled Arkham Asylum, we can confirm that there won’t be any sort of online multiplayer for the new game, as the developers have once again decided to keep this a single-player affair only.

Here is a quote from Rocksteady’s Sefton Hill, as reported by vg247:

“With the game now coming to the final stages, I can honestly say it would not have been possible to deliver Arkham City the way we wanted to if we’d have added multiplayer.”

Considering what an excellent game Arkham Asylum was, we don’t think there can be too many complaints about this. I mean, why risk mixing up a tried and tested formula in case the multiplayer portion received bad press. Rocksteady has proved that they don’t need multiplayer to make the game a success, and we agree with them that it’s really not needed in this case. 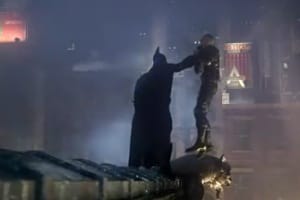 Just to refresh your minds, Arkham City is due out in the third quarter of this year, for PS3, Xbox 360 and PC. You can watch the latest trailer for the game below. Don’t forget about this ‘interesting’ co-op video too. Let us know your thoughts on no multiplayer for the game.