A recent article we brought you revealed that there would be a fourth playable character to feature in the hotly anticipated title Batman: Arkham City, after a series of achievement trophies were leaked on the internet including a character named Nightwing, prior to an official announcement from the developers. Since then Rocksteady Studios has confirmed that character will indeed be appearing in the game and will be available as a DLC pack November 1st.

We also previously discovered news that two other DLC packs will become available after the game releases. These are the Robin DLC pack and the Batman alternate skins DLC pack. A lot of fans will find this news very exciting as both these DLC packs were only thought to be available if the game was pre-ordered from certain retailers. Now anyone can download the content, they just have to pay for it of course.

Both the Robin and the Nightwing DLC packs will cost $6.99. according to the Arkham City forum, the Nightwing pack comes complete with a bonus Animated Series Nightwing character skin as well as two additional challenge maps; Main Hall and Wayne Manor. The character will also be playable in the existing challenge maps and will possess his own unique moves and gadgets.

Batman: Arkham City will release in just under a week’s time, October 18th and is receiving some impressive review scores already. It is safe to say that we are very excited and can’t wait to play the game to see if it will be Game of the Year material like its predecessor. Let’s hope so.

What do you think of Nightwing? Will you be downloading the add-on? Which DLC are you most looking forward to? Feel free to share your thoughts. 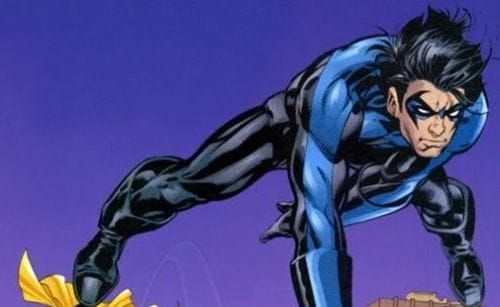