As if Rocksteady Studios hadn’t already revealed enough about their upcoming sequel Batman: Arkham City, they have now gone and announced that at least one other villain will join the star-studded cast that is already confirmed to make an appearance in the game. However, reports suggest that they won’t be revealing this character until September 15th during an online aired episode on GTTV.

The cast of characters seems to be never ending, much to fans’ excitement. We previously brought you an article featuring the confirmed characters so far and also asked which other characters our readers would like to see appear in the upcoming game. The announcement that a new character is yet to be revealed means that some our readers’ wishes may come true.

Though no details have been revealed as to which character will be adding to Batman’s opposing force, an article at GameRant has manifested one or two theories of their own of who it could be. So far the villains that have already been confirmed to appear in Arkham City are; The Joker, Two-Face, Dr. Hugo Strange, Penguin, Solomon Grundy and Mr. Freeze. Catwoman and Talia al Ghul have also been confirmed though their roles are unknown.

One of GameRant’s theories suggests that because of the mention of Talia, her father Ra’s al Ghul could also make an appearance. Out of all the potential villains that it could be, he is the one that makes most sense. The main reason behind their theory however, comes from the game’s prequel, Arkham Asylum, when ‘The Demon’s Head’ disappeared off of a morgue slab which it was earlier spotted on. This is when rumors of Ra’s appearance were first sparked and later gained momentum with the announcement of Talia.

Do you agree with GameRant’s theories? Who do you think the new villain could be? 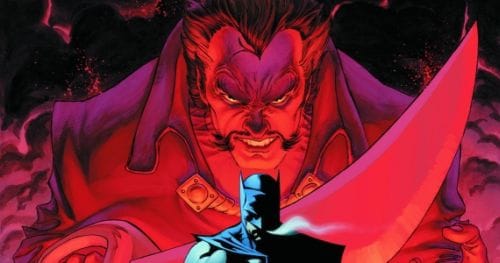