A few days ago I brought you details of the confirmed reveals for this year’s VGAs, with the upcoming Batman: Arkham City game being one of them. However, reports started surfacing yesterday, which suggested we’d be seeing a teaser trailer arrive courtesy of MSN today (Wednesday, December 8).

According to Tom Pakinkis over at computerandvideogames.com, the new (and extremely short) teaser trailer has indeed surfaced online today as promised. The trailer is definitely going to do what it is meant to, and that is tease fans into wanting to see more of the reveal at the 2010 VGA ceremony. 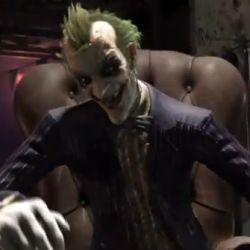 I guess we’ll just have to wait and see what the developer has in store for us all on Saturday. Fans have already been teased with quite a bit of information about the upcoming game, such as gameplay screenshots and details on some of the villains that we will be seeing in Batman: Arkham City.

What do you think of the new trailer? Will you be watching the 2010 VGA reveal on Saturday night? You can view the new trailer (all 34 seconds of it) below this post.