This fall is promising to be one to remember with so many great game titles being released around that time including, Modern Warfare 3, Battlefield 3 and Uncarted 3 to name but a few. One of the most anticipated games has got to be Batman: Arkham City, the sequel to the award winning Arkham Asylum. The company behind the game developments, Rocksteady Studios, has been doing a fantastic job in the buildup to the game so far, revealing just enough to whet the gamers’ appetites and not too much so as to spoil the surprise.

Today we are providing you with a roundup of all the characters that have been named and confirmed to feature in Arkham City. While there are a considerable amount of key characters already mentioned, it is also reported that there are more to come. Without further delay here are the names and some of details of the characters so far: (There are quite a few so we’ve tried to keep it brief)

With the obvious name aside, that’s Batman for those who can’t keep up, first up we have Catwoman. One of the first characters to be revealed, she has featured in screenshots and other Arkham City footage for a while now. She has also been confirmed as a playable character and will take the role of a love interest for the Dark Knight in the game.

Next up we have Joker, another key character except he also featured in Arkham Asylum. As Batman’s evil demented nemesis he is normally the mastermind behind the trouble that the hero must deal with, and it seems he will be behind most of the goings on once again in the new title.

Then there’s the Riddler. Again a character that featured in the previous title, he is almost as much of a mastermind as Joker and took the role of leaving puzzles for Batman to try and solve in order to gain trophies as alternatives to the narrative storyline. However it look as though he will be making more of an appearance in Arkham City, and in a trailer dedicated to him he is portrayed as a taunting character with numerous death traps, almost like a Jigsaw type character.

Another long standing foe of the Bat is of course the Penguin. For Oswald Cobblepot this will be a first appearance in the Batman games and he certainly makes some debut. Equipped with his hi-tech umbrellas, his own goon squad and based in his Iceberg Lounge, he is certainly going to prove a handful for our winged hero. 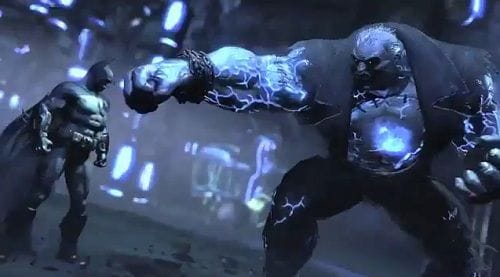 In a trailer which featured Penguin, Batman ends up in the icy lair where he is blasted through the floor. Beneath the ground he then finds himself in a cave/dungeon where yet another villain is revealed, the zombified monster Solomon Grundy. He is a huge mentally slow man shall we say, reciting only lines from the Victorian nursery rhyme that he was named after. The trailer suggests a battle kicks off between the two characters.

A character that was hinted at in Arkham Asylum but never actually appeared was Two-Face. He is set show his face in Arkham City, both sides of it. A battle is also reported to occur between him and Batman too. One of the other characters that consistently appeared throughout Arkham Asylum was the spunky Harley Quinn. She acted as Joker’s sidekick all the way through and has also been confirmed to appear in Arkham City playing a similar type of role.

Next up we have a surprising character as this one also appeared in the previous game as a villain but is reported to now be working alongside Batman in the new title, that character is Bane. As explained in the article at We Got This Covered, the pair team up and embark on side missions.

Dr. Hugo Strange was originally depicted as the main villain in the new title but has since been more presented as a type of warden of Arkham City or overseer. He most probably will not be going toe to toe with the Dark Knight; however he will no doubt be unleashing his many elite Tyger guards on him.

The last two characters that were confirmed at pretty much the same time are Talia al Ghul and Black Mask. There is uncertainty as to what type of role each will be playing in Arkham City, though reports have suggested that Black Mask will be operating as a sort of mob boss with numerous gangs situated throughout the city and Talia may be a love interest for the caped crusader.

There are several other characters that have been confirmed though they too lack details as to what type of role they will play. This list of characters includes Robin, Batman’s sidekick, who has been portrayed as a bit of a badass and will be available and playable through a DLC. There is also Holly Robinson, Jack Ryder, Commissioner Gordon, Oracle, Alfred, The Reaper, Abramovici Twins, Ratcatcher, Quincy Sharp, Calendar Man, Mr. Freeze, Mr. Zsaz, Killer Croc and Poison Ivy.

What are your thoughts on the roster of characters confirmed so far? Which other characters are you hoping to see in Arkham City? 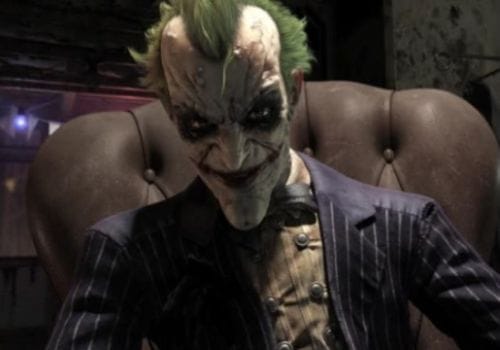