A few days ago we brought you a rather interesting Batman: Arkham City video (which has since been removed), which appeared to reveal the possibility of co-op gameplay. What’s more is that it seemed to show an unlikely combination of Batman and The Joker.

According to an updated article over on the computerandvideogames.com website, the video turned out to be fan-made. However, we do have a bit of good news for Batman fans now, as we’ve just learned that three new screenshots and some art work have recently been released.

As Tim Ingham over at CVG reports, the new Batman: Arkham City artwork shows off Hugo Strange’s poster, which demands that the inmates of Arkham City prison “conform and comply” to his rules. As mentioned above, we also have news of some new AC screens. 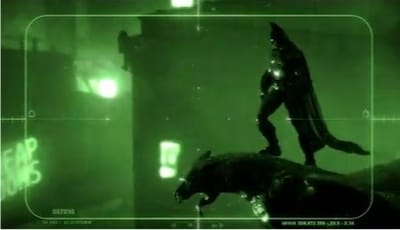 The screenshots — which according to Debabrata Nath at gamingbolt.com show off the Harley Quinn character as well as Batman — do look pretty awesome, and will no doubt create a bit more excitement among fans. One screen shows Batman taking cover, while the other shows him gliding into the city.