Many of our readers will be getting very excited as the release of Batman: Arkham City gets ever closer. We have been providing lots information in the buildup to the game, including the characters revealed by Rocksteady Studios so far and the different skins available for both Batman and Robin. Today we bring you a preview of the series of comics that have been released which tell the story that fills the gap between Batman Arkham Asylum and Arkham City.

The series was first revealed back in April and now that the final issue has been released we are able to bring you details of the series as a whole. The story is split between five comics, all being handled by the acclaimed writer, Paul Dini, the man also responsible for both games. The first in the series was released in May and it picks up where the first game left off. It shows what happened to the Joker after his showdown with the Dark Knight and is set about a year later.

As Gamespot explains the newly appointed mayor of Gotham, Quincy Sharp is forced to take a new approach to containing residents of Arkham Asylum after struggling to recover from the events of a year ago. He decides letting them roam free throughout the city using the city walls as confinement is the best way to handle it, however maybe leaving Dr. Hugo Strange in charge of them wasn’t the smartest thing to do.

The Joker, who is to be the first inmate of this more chaotic asylum, finds himself once again with more power and things begin getting out of hand. Sharp sends out his army to try to regain peace while Batman finds himself battling with both the inmates and the army while trying to regain order. For more details check out the DC Comics website, where you will find a premise for each of the five episodes as well as some nice screens from the comic series.

Will you be getting the comic series to complete the story between the two games? Are you looking forward to Arkham City? 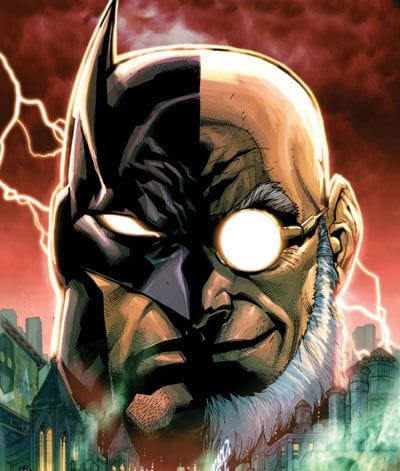