With all the revelations about Batman Arkham City so far, you would have thought by now that there were no more surprises. That’s far from the case however, as we have one here for you today. It appears a seventh Batman skin will be available to download, this time with the purchase of the movie Green Lantern on Blu-ray or DVD.

We previously brought you a roundup of all the costumes that had been revealed and how to get them before this one was even known about. Now according to ComicBookMovie those who purchase the movie will receive the bonus Sinestro Corp skin which will be exclusive to PlayStation 3 owners. There have been no official images of the costume as of yet, though it is thought to be the bright yellow attire which the Dark Knight donned for a small amount of time during the DC Comics’ Blackest Night episode, when he became a Yellow Lantern after putting on a yellow ring.

The Green Lantern movie, starring Ryan Reynolds as the green hero, will run for 120 minutes on the Blu-ray version, 6 minutes longer than the theatrical cut, and is released October 14th, just before Arkham City. Warner Bros have not yet revealed what the extra minutes include.

The company has been fairly low-key about the extra features of the Blu-ray as a whole which is strange as the movie itself was disappointing for a lot of fans, suggesting it may not sell that well come release date, however I personally will be purchasing the Green Lantern Blu-ray for the Batman skin alone as will a lot of other Arkham City gamers I’m sure. This won’t be the first time where bonus gaming material has been obtained through movies, as those who purchased Battle: Los Angeles were able to download a Resistance 3 beta.

I believe these are very smart marketing tactics and hopefully will occur more often. What do you think? Will you be purchasing the Green Lantern on Blu-Ray/DVD? 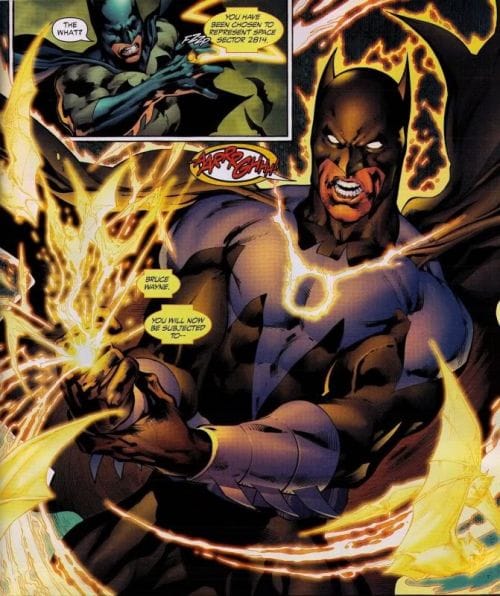