So much information has already been revealed about the upcoming title from Rocksteady Studios, Batman: Arkham City and you would have thought so too as the release of the game is just a couple of months away now. If you were beginning to think you knew everything about it and what to expect from the game however then think again as we have yet more news for you here. It has just been confirmed that the game is to feature PhysX enhanced graphics and 3D support for the PS3, Xbox 360 and PC.

While this may not be a surprise to some of you, this is still news to everyone, as until now it was just speculation that 3D support would play a part in the title. Of course in order to experience these extra features an advanced GPU, 3D glasses and a 3D TV/monitor are all needed. This is likely to cost most gamers an extra penny or two as 3D is still fairly new to gaming meaning only few of you will actually have the means to experience it already.

According to The Sixth Axis those gamers that have not yet invested in a 3DTV have also been taken into account by the developers, as there will also be an anaglyphic 3D option available for them. This means gamers will still be able to view the game with more depth, all be it less effective 3D, but glasses will still be needed. Stereoscopic 3D is also reported to be on the cards.

The news was announced in the latest edition of PC Gamer in which they said ‘the depth effects of 3D really stand out’ they also added that it made the already dark game look even darker. The game will be available in Europe, Australia and the US across all platforms by October 21st, until then we will have to wait for the hands on reviews to roll in before we can get an idea of how effective the 3D is.

Are you excited that the game will be supporting 3D? Will you be investing in a 3DTV just for the enhanced graphics? 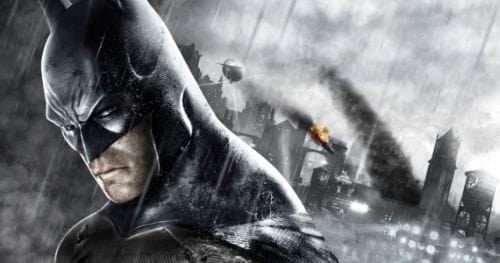