We all know how much terror there is in the world due to terrorism, but banning Modern Warfare 3 for inciting these acts seems a bit over the top. We certainly sympathize with those who have lost friends or loved ones due to terrorism, but a report from The Daily Mail saying that it bares a resemblance to London’s 7/7 bombings seems to be a bit of a stretch.

The story hopes to gain traction and get more people on their side to ban the latest Call of Duty game from Infinity Ward. Ok, so we know that games like this always has certain elements of real life, but trying to incite claims like this is just scaremongering. This is not the first time and will not be the last, but we find it strange how a select few can confuse fictional material.

There have been certain instances when a game had to have certain missions taken out due to sharing similar situation to real life, but when will it stop? We believe that games should be able to have such content, as it would not be fair to gamers. How can movies get away with it or even TV programs? There have been certain programs on TV that has shown people actually dying right in front of your eyes — now tell me that is not taking things too far? 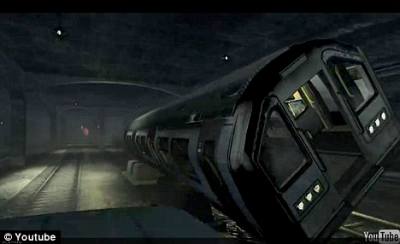 Spong reports that Activision has come out with a statement, which you can read below. Look, the game is not going to center on the London Tube bombings that was just a small section of footage taken from the game. The story has not made The Daily Mail any new friends, as readers have been complaining that it is a poor article. We would like to know what you think of the article; is it going too far asking that Modern Warfare 3 be banned?

Activision Statement
“Call of Duty: Modern Warfare 3 is a fictional action game aimed at mature adults and set in World War Three. The scenes in the game are entirely fictional and are not intended to recreate any historical events.”