If you enjoy playing pong-style games and you own an Apple iOS device, we have a bit of news that could be of interest to you. A brand new pong-style game called Ball Busters — developed by Next Gen Games — has recently been released onto the Apple App Store.

However, the Ball Busters game is not like ordinary pong-style games, as it promises to deliver a bit of a twist. Rather than destroying regular balls, players will instead be faced with live, animated balls that change their facial expressions whenever they get hit.

The game features six different worlds and a total of 120 different levels, so there’s no chance of you getting bored too easily. Once you’ve had enough of playing the game through the standard “Arcade Mode,” you can move on and test out the “Survival” and “Survival Extreme” modes.

It even enables players to share their top scores via Game Center or OpenFeint. Is this the type of game you enjoy playing? You can read more about the game in a recent intomobile.com article by Dusan. 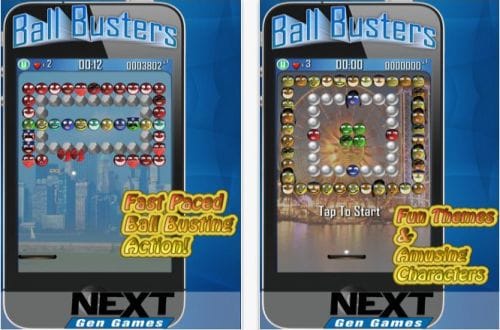