Today, we got some fresh FIFA 14 gameplay showcasing a match between Liverpool FC and Manchester United during season 2, which is played on the Xbox One version of this game. We’ve played both the PS4 and Xbox One version of FIFA 14 and notice big improvements during our review when comparing to PS3, or Xbox 360.

If you’re late to playing FIFA 14 and working through a career, then you might be following a number of YouTube channels for gameplay as others proceed through their virtual football careers. This gameplay was uploaded just under 24 hours ago, so it’s well worth a work if you’re new to the game or enjoying seeing other people’s tactics.

Danny Welbeck takes the first shot for Man Utd and misses, then Gareth Bale follows up and scores the first goal in this FIFA 14 gameplay. The video only highlights the best moments, so you won’t need to watch a full match. 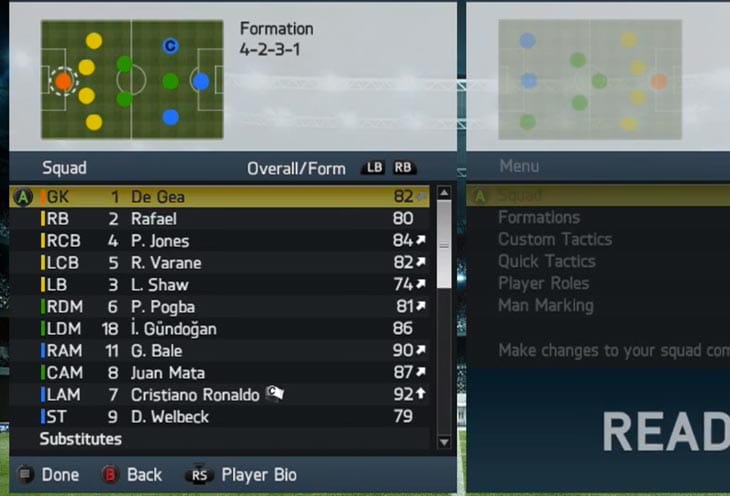 How is your FIFA 14 career going? What’s your ideal starting lineup for Manchester United in this situation? The screenshot above reveals this players starting lineup for Man U with the likes of striker Danny Welbeck, Cristiano Ronaldo (LAM), Juan Mata (CAM), and Gareth Bale as mentioned above. Take a look at the gameplay below, and let us know if you would position the players differently or add someone else to the starting lineup.