The latest Baidu Antivirus for 2015 has received a few mini reviews that ask the question, how good can a Chinese antivirus be? The Baidu.com website is the most visited in China, so we would expect good things from a cloud security service with over 600 million visitors in the last month alone.

Another fact we would like to point out is in regard to a report from AV-Comparatives, a well known antivirus testing organization. They awarded the Baidu Antivirus software as “Advanced”, which came just before 2015 started with a high ranking in the file detection test.

This particular test had to handle over 120,000 “prevalent malicious samples”, which were directed at a computer running Windows 7 with Baidu Antivirus detecting and eradicating 99.7 percent of these files. 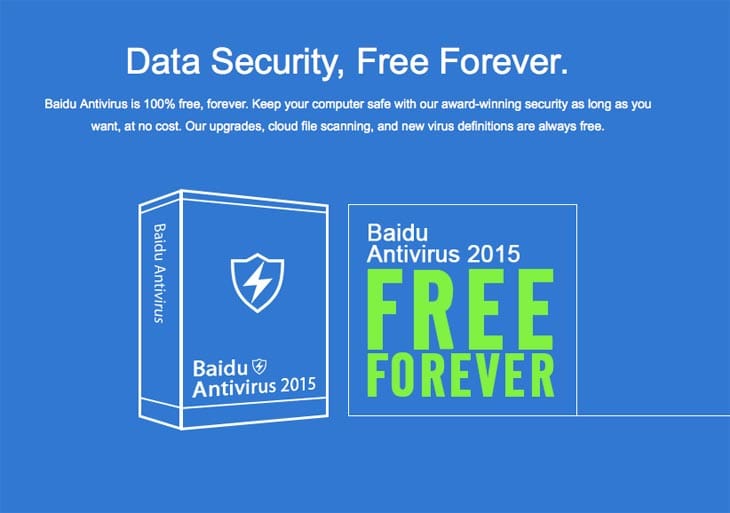 The powerful tools included with Baidu Antivirus 2015 include Browser Protection, System Repair, Network Traffic Monitor, and Malicious Plug-in Cleaner. We have included a mini-review video below this article that takes a look at the latest version, and aims to find out how good this antivirus really is? The reviewer has had well over 100 likes and no dislikes.

Have you tried Baidu Antivirus 2015 and if so, how did your test go? Leave your own review and rating in the comments. It’s worth noting that Baidu Antivirus is “free forever”, according to the official website. Head to antivirus.baidu.com to find out for yourself.