Remember how cool the power laces were when you first saw them on Back to the Future 2? Well the amazing future-invention could now become a reality as it has been discovered that Nike have filed a patent to get these bad boys in production.

Back in July, we detailed an article on how you can make your own DIY power laces courtesy of blakebevin, who posted the instructions online. 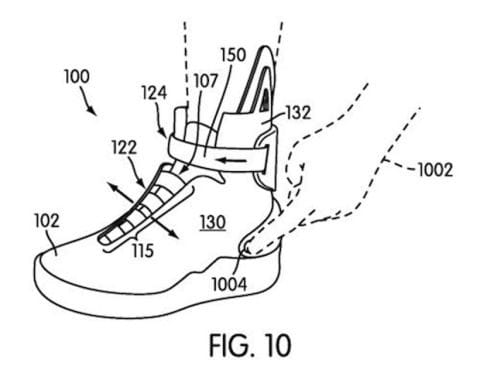 Of course, the power-lace technology was first put to the Nike name within the second BTTF film. And now with just 5 years to go until the start of the Back to the Future 2 film’s story takes place, we could all be wearing power laces in a few years time, that’s if Nike actually put these in production.

By the looks of the patent, the shoes look to include a charging system and some lights along with the power-lacing component.

It is unfortunate that many patents do not get through the first stages, but I among many others will be keeping our fingers (and laces) crossed for this one!

Would you ever wear power-laces if they were brought out into the trainer world?

Back to the FuturenikePower Laces