If you happen to be a fan of the “Back to the Future” movie franchise, you may have read our previous article announcing the upcoming release of the new Telltale Games title “Back to the Future: The Game.” We now have news on the recently-released screenshots.

According to Tamoor Hussain at computerandvideogames.com, the developer has just released the game’s first screenshots and although there’s only three, they do look pretty awesome. They do of course include a picture of the iconic DeLorean DMC-12 time machine.

The other screenshots feature the character likenesses of both Emmett ‘Doc’ Brown — who is in fact voiced by the original actor Christopher Lloyd — and Marty McFly, who as many of you know was played by Michael J. Fox in the “Back to the Future” movies. 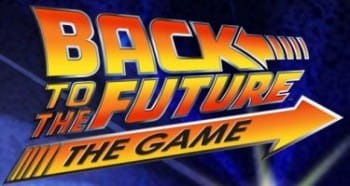 Telltale Games has also acquired the rights to develop a brand new episodic “Jurassic Park” game. “Back to the Future: The Game” will be available for Microsoft Windows, PlayStation 3, Mac OS X and the Apple iPad. Will you be buying the title when it’s released? You can view the screenshots via CVG.