Recently leaked images of the new baby Jeep SUV, that could carry the Renegade moniker may have emerged a bit prematurely as an official reveal was expected during the upcoming Geneva Motor Show. While some reports suggest this baby SUV could be called the Jeepster, others give us the impression it might adopt the Renegade name.

Five leaked images have been revealed in all by American website Jalopnik highlighting the model in full and Auto Express reports on how the boxy design is inspired by the classic Wrangler.

As we look forward to this week’s prestigious motor show we are treated to some early shots of the new baby Jeep SUV, and from what we can see the interior is very modern with an integrated infotainment system as well as steering wheel mounted controls.

The engines involved have yet to be confirmed, although the Multijet diesel powertrains from Fiat. Within the options a 2.0-litre diesel, a 1.4-litre MultiAir Turbo and a 1.4-litre petrol version are expected with a six-speed manual gearbox. 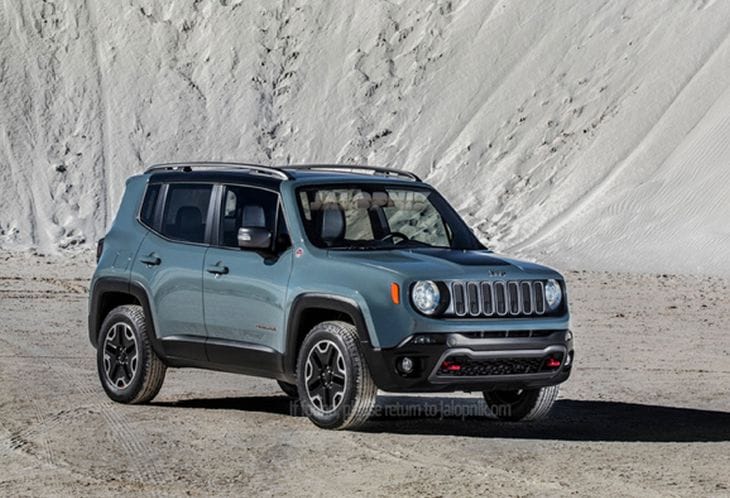 We are still unsure of the actual price, but we are expecting something in the region of £14,000 when the new Renegade releases later this year. Do you like the look of the new so-called baby Renegade? We hope to hear more about this over the course of the week.